A downloadable game for Windows, macOS, and Linux

Ptolem's Singing Catacombs is an audiogame rpg styled after old-school dungeon crawlers.
No web version because it's too easy to hit Ctrl+W and close the tab lol

This game is quite fun though a little rough, the constant heartbeat was both good for helping remember where I've turned and for keeping my ears engaged with the game when there was less things around me, the turning was easy and hearing the enemies let me prepare to turn the next time I heard an opening which led to quite tense gameplay.

The inventory felt somewhat stiff, it was hard to tell if I'd reached the bottom of my bag or if it was just taking a while to read, some sort of rustling sound could've been nice for when you hit the end, also would be nice if there was a conformation before returning to the menu, maybe I'm too used to hitting escape to pause but I did a few times hit it by accident and lose a lot of progress and also had the downside of being very disorienting.

Over all a good experience and besides minor frustrations was a blast to play.

I have issues with the controls, namely the turning. When I press Q and E, it usually makes me do a 180 and I don't even realize it at first, and if you hold the button for even half a millisecond too long you'll spin like a top. I think Q and E should be a single press with no option for holding, because I don't ever see it being useful

I like the concept. But jees is it hard! (Playing it blind of course)

Also: would be cool to have a black screen option so i can pretend to be blind without having to cover up my screen.

Im not sure if i was supposed to, but i played this blindfolded. It was super challenging, but i did enjoy it

I mean, it's meant for blind ppl.

i cant get past the first enemy in the tutorial help meee!!!!!

The game definitely needs more polish, I found it hard to identify where the enemies were coming from, and because combat isn't turn based, I wasn't able to react fast enough.  The echolocation was cool, but it got repetitive having to press it over and over, a system of rising pitch for distance turning to complete silence when there's a wall or chime when there's an object would probably feel more intuitive.  Turning would sometimes happen twice causing for me to get disoriented (this might be my 144hz monitor), and I would constantly get worried that I was backtracking due to my over reliance on the wind for navigation. I wish that doors locked behind you or there were multiple wind sounds for identifying previous areas.

Strafing felt unnecessary and made me lose my place. Landmarks like the waterfall were great ways of knowing where I was, but the gates probably should have been locked, with you needing to find a key, rather than them opening without fanfare when you interact with a corpse, or at least some indication that they opened.

It took a lot of retries to learn how to successfully fight enemies, with my predominant strategy consisting of going backwards and firing the bow. Combat probably should have locked the player in a turn based encounter, to make it feel more controllable and fun.

The final puzzle took a lot of trial and error to learn the layout of the room, when I replayed the game with vision this puzzle became easy, but using the number keys would have made it a lot more enjoyable.

Sorry for the massive dump of criticism, but I think the genre has massive potential and that the game is a cool exploration of that potential. Definitely worth playing for up-and-coming developers, inquisitive players and of course the blind (given there's someone nearby who can explain the keyboard layout for those who don't know.)

it crashes for me but i know exactly why.

i cant do any thing about that though.

It's fun, but I'm confused what the point of audio controls is if you have a visual display in front of you

EDIT: What I'm trying to say is that it feels like it takes away from the point of the game by starting you off with visuals. The fun part of this game is trying to navigate the dungeon and make it to the end by using only sound, which is awesome. The problem is that it immediately starts you off with some visuals, and most players will never turn off their moniter or close their eyes. They'll play the game like they assume it's meant to be played, by looking at the screen.

Starting the game with a black screen and allowing the player to turn on visuals if they wanted to would be a much better solution. That way, players who wanted to look under the hood could, and the general audience would learn how the game was actually intended to be played.

This video from GMTK is relevant.

Its for blind people

I get that. Then why are there visuals

For not blind people

But the most entertaining part of the game is trying to figure out your surroundings through sound. Why add visuals and disrupt the illusion?

In his video, he states that originally it was designed as audio-only as a student project on audio games. He recently added a graphics layer in case you want to see what's going on "under the hood."

I added an edit to my comment which will hopefully clear up what I meant.

Try closing your eyes, or turning off your monitor (because I couldn't help but peek otherwise)

Then why is it there in the first place? The whole point is to make a game with only audio. Having the visuals feels like it defeats the point.

The whole point of the game is that people that are blind can play.  Some people aren't and want to play this game with visuals.

This is a curious little game. lol

This is awesome! It is very cool to see someone release something like this! 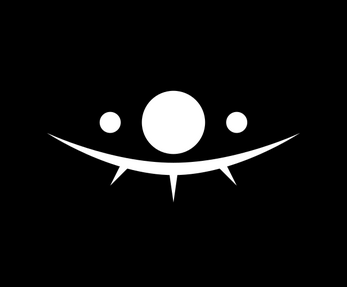