A downloadable game for Windows, macOS, and Linux

Bullet Fractals is a bullet hell where the bullets move when you move.

Invade the evil space communist empire and dodge bullets while broadcasting music to the oppressed citizens.

Watch the making of:

This game is really fun! My kids play a level or two every night before bed. Thanks for making it (and your tutorials)

really like the game ! Cool idea of slowing down a bullet hell game and show the real time scence after. Makes me feel good !!

Hi, I am from your youtube channhel=) Great devlogs, keep on with them!

wow that was fun

Workaround for scaling issue below.

I downloaded for Windows 10 and had the same issue that a couple people had mentioned previously. The game loads immediately into fullscreen, but the only user input that does anything is ESC (exits the game) and Z and X (appears to zoom in and out). The ship just flies diagonally toward the top right of the screen and music plays, but no menu ever comes up. It appears this issue is because the game is scaled inward too far, so you cannot click the buttons on the menu. I also noticed in the console for the game that there was an error: texture_set_size_override: Condition ' p_width <= 0 || p_width > 16384 ' is true.

I got the game to run using the following workaround:

pretty good game, 8.5/10. Minor bug with playback when moving back and forth very quickly, which causes the display to spaz out a bit.

Just purchased and downloaded the game (on Windows 10), but the opening cinematic(?) of the ship flying diagonal with music playing does not stop. No user input changes anything. Is there something I've done wrong? 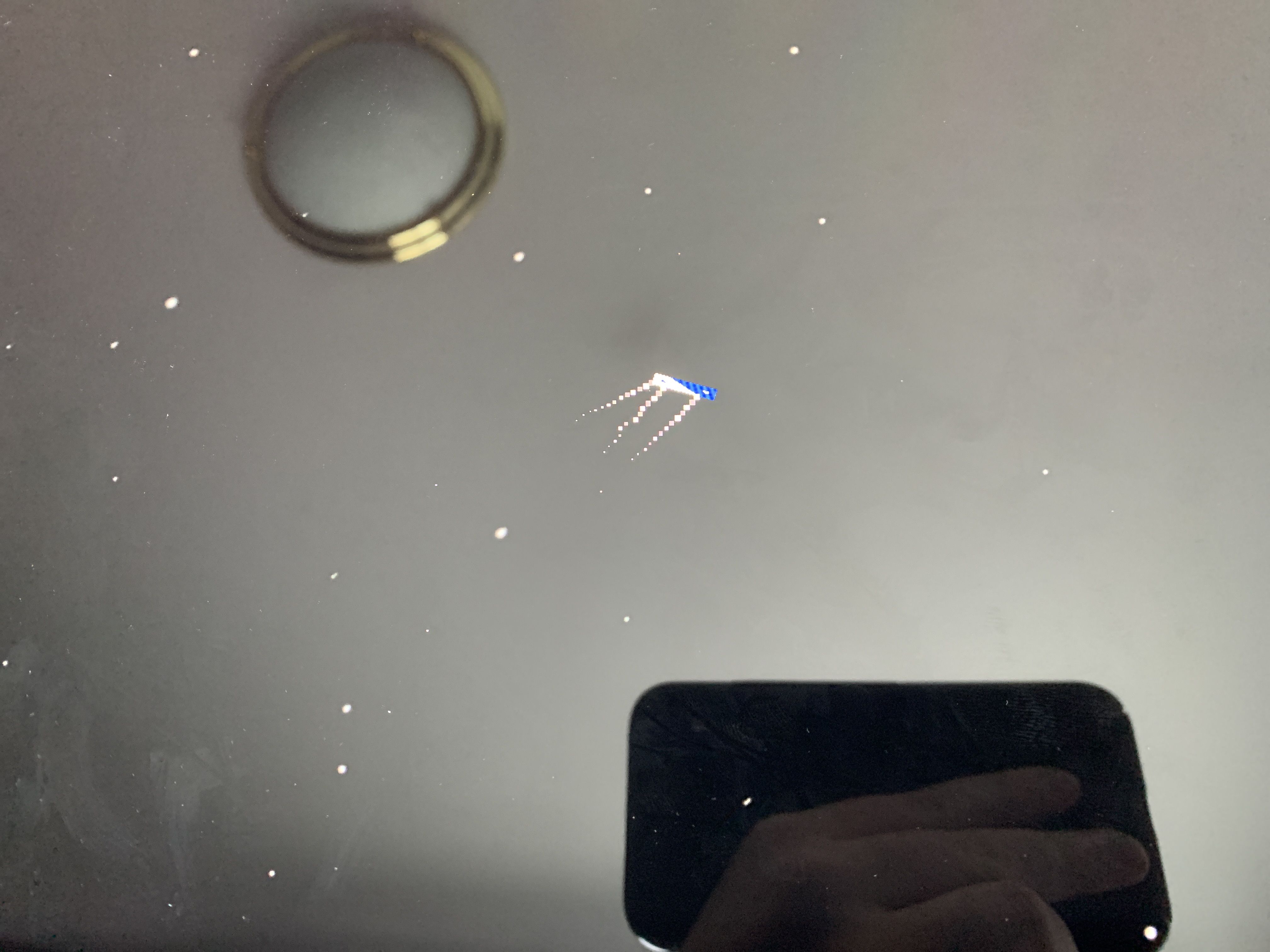 I’m having the same problem. I’m not given an option to select a level. It’s just the game opening, then the cinematic on a loop.

I'm having that issue too. Not sure how to get to the level select menu either. Pressing Esc just exits the game.

Yeah, same. I click on the .exe, the godot screen comes up, then the ship flying diagonally. No menu of any kind.

I just posted a workaround for this issue in a comment above. It appears the issue is with DPI scaling, so you can disable this and the game runs fine. Hope this helps!

summary: Pretty neat concept, it's your standard 2D game with a twist. I particularly like the title screen design and the music by Ronald Jenkees.

GRAPHICS 8/10, the spaceship you control is cool and the environment looks good

GAMEPLAY 8.5/10, while the idea of stopping time in games isn't new (SUPERHOT was the inspiration, as the dev mentioned on YouTube), there's still enough action going on to keep you entertained, and the game is pleasantly difficult, meaning you can't just go straight through levels, but it's never too hard that it gets frustrating. As you go, the difficulty increases linearly and you always feel it. The simplicity of the mechanics is also remarkable.

CONTROLS 7.5/10, I did feel the controls were a bit wonky; I found the rotation a bit too fast and the movement a bit too slippery; it lacks the snappy feel a great 2D game usually has, but makes up for it in other categories.

SOUND 8/10, as I said in the summary the music is great, however the sound effects are a bit simple and lack amplitude. I'm just nitpicking here though.

PLAYTIME 9/10, the game delivers about as many levels as expected (40); not too long, not too short, just enough to fully enjoy the experience of a 2D equivalent of SUPERHOT.

STORY 5/10, the premise of the game is that you're on a mission to broadcast (great!) music to opressed citizens (which are represented visually by cute astronauts on the margins of the levels), but I feel that the story definitely could've been developed a lot further. Did this game need a story? Obviously not, but since it has a few words written out, I wish it was either completely gone or fully fledged!

bugs: This game also has a few bugs, but I don't know whether the dev will fix it, considering how old it is. Regardless, here's the problems I found

1. In the console which opens up when double-clicking the executable on Windows, the following error appears (the game was made with Godot, running on OpenGL ES 3):

This isn't a "bug" per se, however, since it doesn't affect anything and it might not even relate to the game itself, since it comes from one of the driver's C++ files.

2. Resolution scaling isn't ideal on Full HD, however the game looks just fine on 1650x1050. The fact that it runs on fullscreen by default and it's not toggleable (at least as far as I know) may be a problem for some people, though.

3. If at any point throughout the levels you press ESC to get back to the main title, the cursor disappears and you can't select the buttons with your keyboard.

That's about it, thanks for reading my review!

I would love to play your game, but it seems like the windows - version is kinda not running. (on windows 10)

When starting the game, the music plays and the screen seems like fully configurated ,to render the game, but it stays black. Are there some additional Sources (Godot Runtime?) required?

there's a couple bugs; the screen doesn't fit my screen exactly, it goes over to the next. After a level is complete, it just loops again and again the real-time version. Also, when moving straight, it activates the bottom jets. Bullets also go faster when turning and moving. Certain things aren't stopped, such as barrier animations and particles. Pushing against a wall moves time, although I'm not moving. I am on windows

You have to press Start to skip the real time replay

And on a keyboard?

Thank you for the compliments ☺ 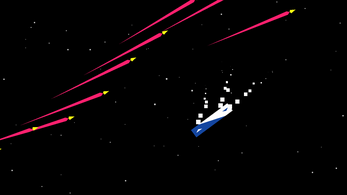